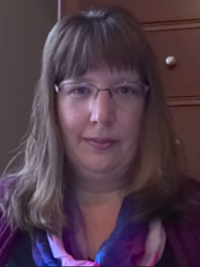 Susanna grew up in Mt. Vernon, Illinois. She received a B.S. in Chemistry from Illinois Wesleyan University in 2000. She received a Ph.D. from California Institute of Technology working with Professor Geoff Blake. From 2005 to 2008 she was a postdoc at the University of Illinois at Urbana-Champaign working with Professor Ben McCall. She then moved to Atlanta, GA and became a professor in the Department of Chemistry at Emory University. In 2020, Susanna became a Vozza Professor of Chemistry & Astronomy at the University of Wisconsin-Madison. She now lives in Middleton, WI with her husband, Jeremy Weaver, 5-year old son, Sam, and their cat, Star. 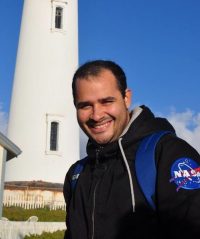 Gustavo grew up in Cali, Colombia. He completed his B.S. in Physics at Universidad del Valle. After he was awarded a Ph.D. scholarship, he moved to Spain to study astrophysics at Universidad Autónoma de Madrid. He worked on his Ph.D. dissertation about the effects of ultraviolet irradiation on interstellar ice analogs at the Astrobiology Center (Centro de Astrobiología – CAB, in Spanish), under the supervision of Dr. Guillermo M. Muñoz Caro. Following his graduation, he worked as a postdoctoral fellow at the Sterrewacht (Observatory), Leiden University, in The Netherlands. Then, he joined the Laboratory Astrochemistry team at NASA Ames Research Center, where he worked as a postdoc for 4.5 years. Currently, he is an Assistant Scientist at UW Madison working in the Widicus Weaver Research Group. His research interests are interstellar dust and ices, mass spectrometry, ultraviolet and infrared spectroscopy, and high- and ultra-high-vacuum systems. He likes to camp, bouldering, and good beer. 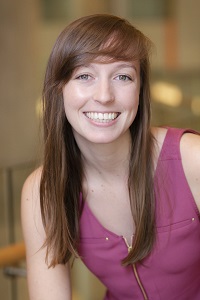 Hayley received a B.Sc. (Nanoscience and Materials) from the University of Adelaide in 2015 with a double major in Chemistry. She then went on to complete a Master’s degree under Paul Raston, where her research involved collecting and assigning the ro-vibrational spectra using the the far-infrared/THz beamline at the Australian Synchrotron. Her thesis focused on molecules of astrophysical relevance including H2 van der Waals complexes (i.e. H2-O2, H2-Rg where Rg is rare gas atoms) and vinyl alcohol. During this time, she visited UGA and worked with Gary Douberly looking at vinyl alcohol in helium nanodroplets. After receiving her Master’s degree in early 2017, Hayley up and moved across the world to work under Gary Douberly for the 6 months leading up to beginning her PhD work at Emory University in August 2017. Hayley has now moved with the WW lab to the University of Wisconsin-Madison to complete her PhD work. On a personal level Hayley loves just about anything, she has a particular love for the outdoors, travelling, sports and adventure. She loves roller-coasters, and skydiving but at the same time loves board games or to curl up with a cup of tea (or sometimes beer, wine or whiskey) and a good book. 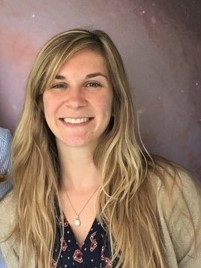 Katarina received a B.S. Summa Cum Laude in Chemistry with a minor in Astronomy from Kutztown University of Pennsylvania in May of 2017. During her undergraduate career she completed two internships at NASA Goddard Space Flight Center in Greenbelt, MD. Her first research project was studying propylene and propylene oxide ice chemistry in the Cosmic Ice Laboratory. She also helped build an ultrahigh vacuum chamber located on a beamline of the particle accelerator. Her second research project took place in the Astrobiology Analytical Laboratory researching the survival of amino acids in varying meteorite samples. She began her Ph.D. in physical chemistry in August 2017. Katarina is now back at NASA Goddard Space Flight Center finishing her thesis research in the SubLIME Lab. 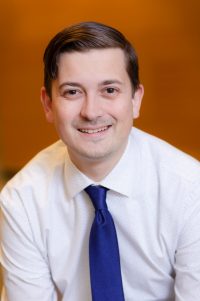 Connor received his B.S. Cum Laude in Chemistry (ACS Certified) with a minor in Physics from Berry College in May 2017. He conducted undergraduate research for 3 years in the field of x-ray crystallography studying the α-nucleophile effect. Fortunately, he was able to simultaneously maintain his love of and participation in theatre and choir as well. He became a member of Alpha Psi Omega, the national collegiate theatre honor society, his sophomore year and was vice president his senior year. After joining the Widicus Weaver lab at Emory University in Atlanta, GA, he began working on the plasma chemistry project which focuses on the generation of molecular radicals and ions of astrochemical interest and subsequently collecting their millimeter-wave rotational spectra for comparison to astrophysical sources. Outside of the lab, Connor enjoys musical theatre (watching and performing), board games, video games, and spending time with his husband, cat, and dog. 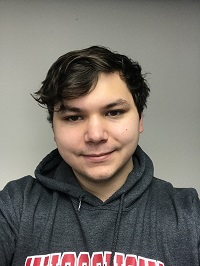 Chase received a B.S Summa Cum Laude in Chemistry and Math from Alma College in April of 2018. Most of his undergrad work was spent learning computational chemistry while assisting the development of new theoretical methods. His graduate research has been a large shift, moving to mainly experimental physical chemistry with theory projects on the side. The O(1D) experiment is largely focused on creating terrestrially unstable molecules through the insertion mechanism involved with excited oxygen atoms. Chase has followed the lab from Emory, where he completed his first two years, and is currently in Madison as a first generation UW graduate student for the Widicus Weaver lab. 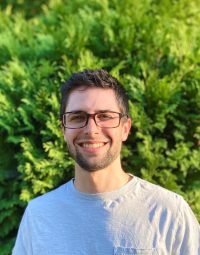 Will received a B.S. in Chemistry from the University of Georgia in 2019. Throughout his undergraduate degree he conducted research in a biophysics lab performing ultrafast spectroscopy experiments on biomolecules and optical materials. After finishing the undergraduate degree, he completed an internship at NASA Goddard Space Flight Center building miniaturized sensors for the detection of prebiotic gases on planetary bodies. Outside of graduate work Will is learning to play the piano, and also enjoys exploring the outdoors and reading. 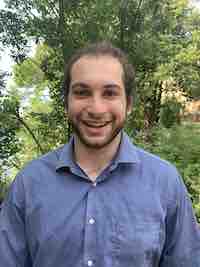 Jonathan received a B.A. in Music and Chemistry from Grinnell College in 2020. Jonathan’s undergraduate research focused on analyzing four-metal perovskitic thin-films for electrocatalytic potential. Outside of graduate work, Jonathan enjoys cooking and music. 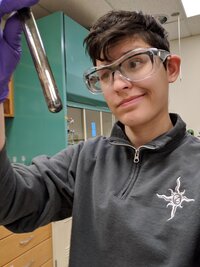